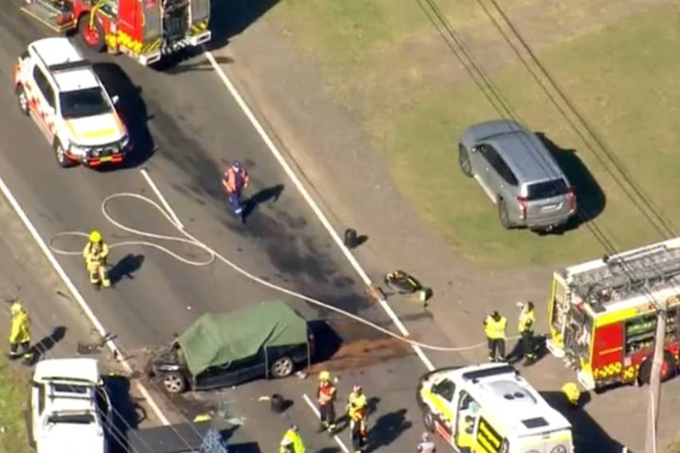 The graph of road crash data is showing an increase over the past few years. Fatigue, distraction, speed and impaired driving have been the most common causes of road accidents. Recently, a horror crash occurred on Castlereagh Road at Agnes Banks in Sydney’s North-West in which a person has been killed and two others, including a child are severely injured.

This terrible incident occurred just before 4pm on December 13, involving a Nissan ute that was towing a trailer and a Holden Commodore. The driver of Holden who is believed to be in his 40s died at the spot. A 10-year-old boy who travelled along with the driver of the Holden was taken to Westmead Children’s Hospital in a critical condition under police escort. Also the driver of the Nissan, a young man in his 20s, is taken to Westmead Hospital in a serious condition for further treatment.

The crime scene was established by the Police Officers from the Nepean Area Command and an investigation was started to determine the reasons that led to the crash. Police officials are insisting people to contact them immediately on 1800 333 000 or https://nsw.crimestoppers.com.au if they happen to have the footage of the incident.

No matter what would be the exact cause of the accident, it can be avoided if we are responsible, cautious and vigilant whenever we get behind the wheel. If you would like to improve your safe driving techniques to stay away from these traffic related fatalities or accidents, call 1300731330 and book your driving lessons with Sprint Driving School today.

Driving Through Heavy Traffic And Harsh Conditions – Know How!